Has confinement affected your dog as much as it did you?

Confinement has affected both owners and pets. The change in the usual routine has led to the appearance of behavior and conduct problems for some of our furry friends.

Buthow much has it affected them?

Unlike humans, dogs cannot process what has happened or guess how to adapt. This, added to the drastic change that spending more time with their owners has meant in many dogs, has put stress on their routine.

The lack of stimulation, insufficient walks, and everything that implies being at home has developed compulsive behaviors and stereotypes in pets — affecting not only their behavior during the state of alarm butin their subsequent “return to normality.”

The main problem they have presented isseparation stress.

Post-confinement separation stress for your dog

It must be understood that, if the problem during the quarantine has been the calls for attention from our furry friend, with the return to normality, the rhythm of life returns to its activity. This implies that from one day to the next, we have stopped spending time at home, and, again, it is not something that your dog adapts easily to.

Confinement has taken a toll on your dog than you think, and it may suffer from so-calledseparation stress.

Separation stressis an anxiety disorderthat the dog presents when it has a strong relationship with a person.When left alone at home or without her presence, he shows excessively anxious and disruptive behavior by not being by her side.

Keys to easing the stress of separation from your dog

Some recommendations to try to stop this from happening and cope with both this and future crises are:

– Measure the attention: We must restructure the time of attention now that we are less at home. We have to accustom it to a progressive separation, which mitigates both the time of absence and the excessive time in case of another possible confinement.

– Distribute play time: It is also appropriate to manage the game time within normality so that you can release tension and activity.

– Try to maintain a routine: Comply withregular hours of rest, food, and play. This will help the incorporation of everyday life to be much more progressive. Or, in other cases, that the return to another possible confinement becomes more bearable in their readjustment.

So, in the end, your furry companion has suffered confinement as much as you, and that is why you have totry to be aware and know how to act. 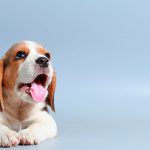 We take care of your puppy during summer: learn about our kennelsUncategorized 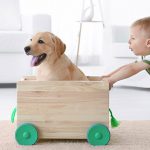 3 benefits of raising your child with a dogUncategorized